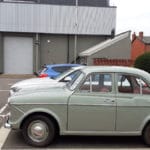 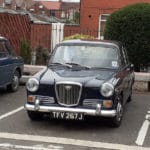 The Register’s Annual General Meeting was held on 14th March at the Leyland Commercial Vehicle Museum in Leyland, Lancashire.  Approximately 30 Members enjoyed looking at the buses and lorries in the museum, chatting with fellow club members and browsing the Regalia stall both before and after the meeting. 4 members brought their Wolseleys – an 1100, two 1300’s and a 1500.

In his review, the Chairman reported that 2019 had been a successful year. As well as the usual measures, including a good National Rally and a sound financial position, we had achieved many of the objectives set for 2019 in the Club Plan. These included:

The Chairman then thanked the committee and team members for their work. The Treasurer introduced the accounts which were approved by the meeting. Other officer reports were preprinted and placed on seats for members to read.

All committee members were voted back on for another year with the exception of the Secretary, where Anne Heywood replaced the outgoing Mike Schilling. The technical advisers gained another FWD adviser in Ben Spears. 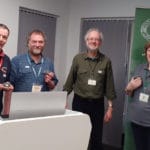 After the conclusion of the formal business, the members who are due to receive long membership awards this year were announced, including the three pictured, receiving their silver awards from outgoing secretary Mike Schilling.  The John H. Brindley memorial award was also presented to the Member who had recorded the highest mileage in his Wolseley during 2019.

Full copies of the minutes of the meeting can be obtained from the Secretary.