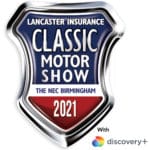 The Wolseley Register was one of 270 car clubs which exhibited various marques and models across 7 halls over the weekend of 12-14 November.  Around 3,000 cars were on show with many clubs celebrating milestone anniversaries that occurred in 2020 as well as 2021.  Four vehicles on the Wolseley Register stand marked 125 years of Wolseley with two pre-war and two post-war examples. 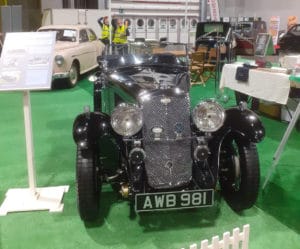 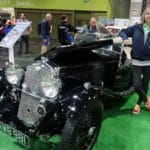 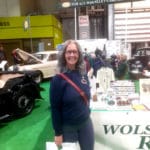 A 1934 Wolseley Hornet Special which had been professionally restored over the previous 4 years drew many enthusiasts to the stand including former Bangers & Cash personality Sarah Crabtree.  Image Another happy visitor to the stand was the lucky winner of our Facebook Competition who scooped two free tickets to the Show. 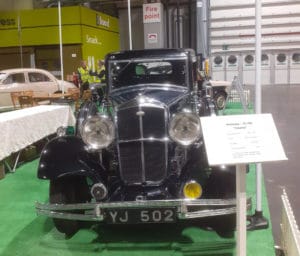 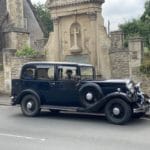 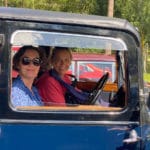 Also attracting much interest and admiration was the 1933 Wolseley 21/60 County which had been driven 100 miles to the NEC by the intrepid Wolseley Register Joint Member who had also driven the car over 500 miles during the club National Rally Weekend in Norfolk. 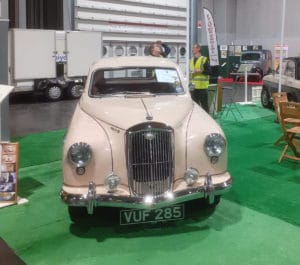 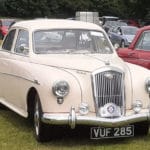 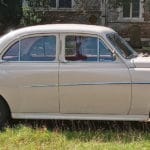 A local 1958 Wolseley 15/50 in champagne beige livery also graced the club stand.  This car had undergone a full restoration over 17 years, since which time the owner has been an active member of the club attending many rallies and events. 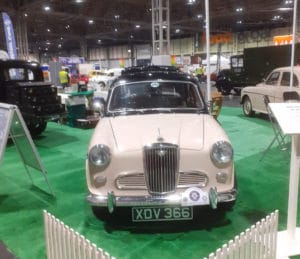 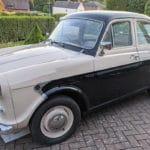 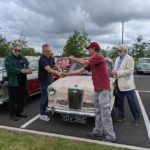 The fourth exhibit was a 1958 Wolseley 1500 Mk I which represented the Classic Loan Car Project.  This scheme offers younger drivers the opportunity to loan a classic car for up to 12 months to introduce them to classic motoring with the support of the car club.  interested candidates should apply at How To Apply – Classic Car Loan Project or email Midlands@theWolseleyRegister.com for more details.  This exhibit had undergone a full body restoration and was appreciated by all the 1500 model enthusiasts who attended the Show, two of whom promptly joined the club! 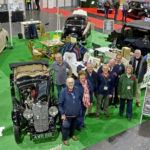 The stand itself was shortlisted for the Best Small Club Stand in the 2021 Classic & Sportscar Club Awards when it was described as “charming”.  The stand certainly earned numerous appreciative comments during the weekend.  The Wolseley Register was also Highly Commended in the Best Club Run or Rally category for our National Rally in August 2021.

The Regalia stall on the Wolseley Register stand was well patronised and included a number of books and manuals for sale as well as a selection of spares from our stores including a range of oil filters.

Thanks to all the exhibitors and club members who supported or manned the stand over the full 3 days of the Show.  It was great to be back!

One of our members has written up his experience of our Spring Tour based at The Fat Lamb Hotel Ravenstonedale over Drive it Day. https://www.wolseleyregister.co.uk/2022-wolseley-registers-spring-tour-at-the-fat-lamb/ Perhaps you should consider joining us next year? ... See MoreSee Less
View on Facebook
· Share