The Austin A40 was the first Farina design in BMC’s extensive 1950’s portfolio, but the ‘B’ – Series cars were commercially the most important.

With their trans-Atlantic style heavily accentuated rear fins, they represented a radical and striking new arrival on the rather staid UK scene, and happily, our own 15/60 was the first introduced in December, 1958.  It was quickly followed by ‘badge engineered’ versions of all the other BMC marques, which had varying levels of trim and sportier performance from the MG and Riley versions. 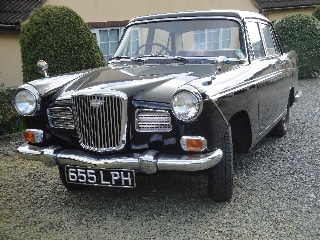 The mechanical specification was predictable, with 15/60 utilising the single SU carburettor version of the 1500cc ‘B’ series unit, which propelled this rather heavy car (2473lb. unladen) to 60mhp in 24.3 seconds, ultimately reaching a top speed of 77mph.  Each version of the medium range Farina car had individual characteristics and the Wolseley sported quality walnut/leather trim and standard heater.  Two-tone paintwork was also a popular option.   The 15/60 had a three-year production run, with a total of 24,579 cars leaving the Cowley plant. 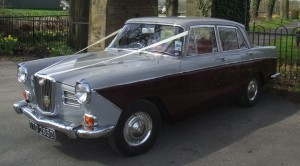 The range received a substantial upgrade in the autumn of 1961, when the Wolseley was reclassified as 16/60.  This involved an increase in engine capacity to 1622cc, providing an extra 9bhp; 4mph on top speed and three seconds off the 0-60 sprint.  The wheel base was lengthened; track widened and suspension stiffened, to improve handling and a Borg-Warner auto option was offered.  The rear fins were ‘toned down’ to a more conservative size with redesigned tail lamps and there were new brightwork mouldings with repositioned bumper over riders.  The traditional ‘quality’ internal finish was, happily, not compromised. 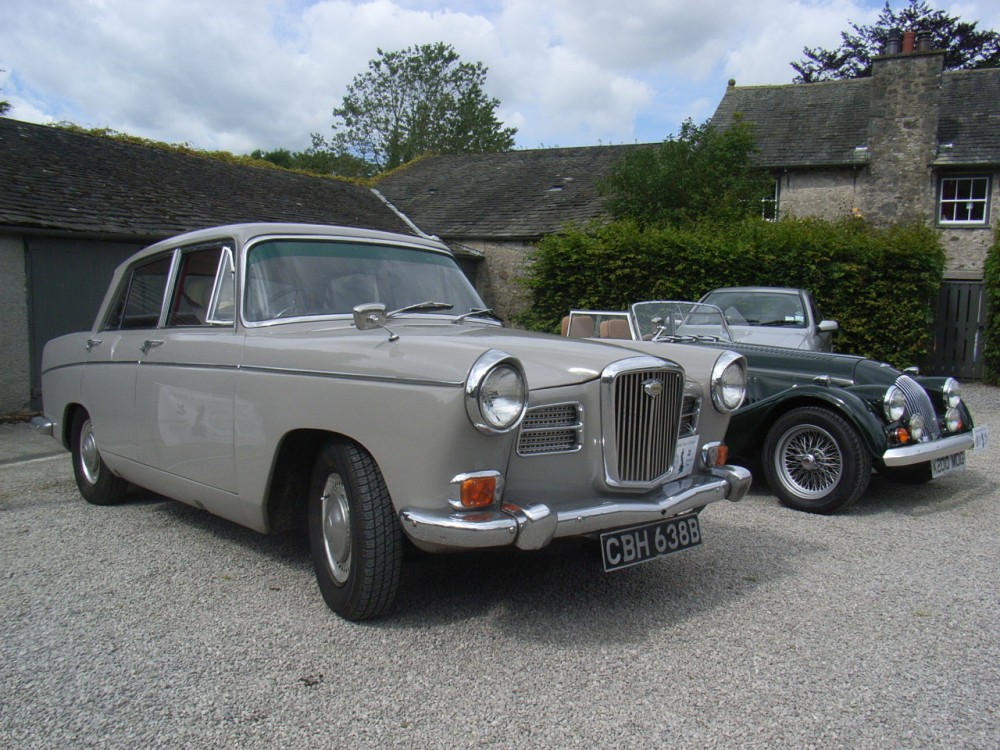