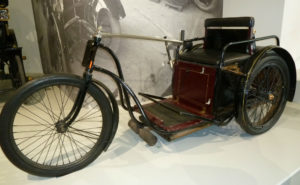 The Wolseley Register was founded in 1964 and originally catered for vehicles to the end of the vintage era only. This time limit was subsequently extended several times, and the Register now caters for all vehicles of the Wolseley marque, including Wolseley-Siddeleys, certain Siddeleys and Stellites, until the end of production of Wolseley cars in 1975. 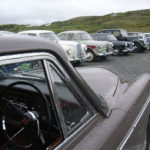 Prior to the formation of the Wolseley Register, Mr J. Newell of New Zealand had begun to compile a list of surviving early Wolseleys. His list was made available to the Register in 1966, which was a great help when our first ‘List of Recorded Vehicles’ was published in that year. Also in 1966, Life-President, Mr Robert Sterndale-Burrows (who for many years ran the Register almost single-handed) was able to obtain on loan from the British Motor Corporation (as it then was) the surviving Wolseley order books and technical car records from the period 1900 to 1930. 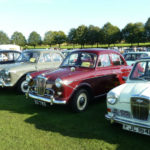 In 1970, Mr Sterndale-Burrows published a much extended second issue of the List of Recorded Vehicles, by now including Wolseleys to the end of the Series III models in 1948. He continued to serve as Registrar and Historian but, with the increasing number of later cars (which by now, far outnumbered the pre-1930 models), Anders Clausager was appointed Assistant Registrar and Historian in 1983, having special responsibility for the 1931-75 models. In his capacity as Registrar and Historian, Mr Sterndale-Burrows continued to cover the pre-1931 models, until in 1985 he resigned for personal reasons, whereupon Anders was elected as his successor.  By this time, the old Wolseley records had been kept by Mr Sterndale-Burrows in his home for almost 20 years, but it had become impossible for him to house the records any more, and he agreed to return them to their owners, known by now as the Austin Rover Group. The Wolseley records were accordingly placed in the archive of the British Motor Industry Heritage Trust (BMIHT) which looks after historical material for Austin Rover. Included in the Trust archive are the production records of most Wolseleys from the period 1949-75. (Records from the interim period are thought to have been lost.) 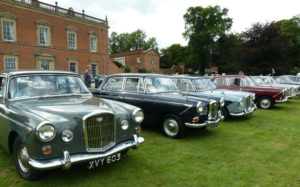 In 1999 the Wolseley Register Scottish Group published a ‘Scottish Handbook’ which listed all known Wolseleys in Scotland. Alastair Duncan was the inspiration behind this publication and Gordon McCallum did all the typesetting.  This was followed in 2000 by a new ‘List of Recorded Vehicles’ which contained only those Wolseleys known to be owned by current Register members; Mike Schilling (then the Membership Officer) used the Membership Database as the information source.  In 2003, Alastair Duncan was elected as Registrar to the Club; he oversaw the publication of an updated Scottish ‘List of Recorded Vehicles’ (with typesetting by Mike Schilling, in his role as Hon Secretary). 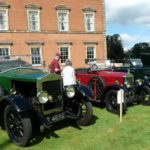 By this time, Andrew Daw had transferred all the data from the 1987 ‘List of Recorded Vehicles’ onto “floppy disks”.  Between them, Alastair and Mike brought the information from all the above sources together to produce the ‘List of Recorded Vehicles 2004’.  Cars listed should therefore include all those recorded in 1987, together with all those recorded since, worldwide (unless reported as scrapped).

Now beyond our 50th year, the Register has recorded well over 5500 Wolseleys known to still survive. As technology advanced, Ralph Barlow transferred the complete List of Recorded Vehicles to an Access database which enabled the Registrar and Historian, Clive Button, to search and update the car records faster and more easily. However, the sheer numbers of Wolseleys recorded made publishing full printed lists almost impossible, and the nature of the Access database also limited the number of people who could view it concurrently. Register members were therefore unable to view the lists for themselves. 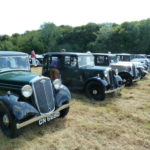 In 2013, the committee agreed that the LoRV should be embedded into the members area of the new website, thus making the list both more secure and viewable to all members who wished to use a computer. Rob Dewing and Bob Langston built the new database, embedded it into the website, and migrated all of the data from the Access database, which is now fully viewable to all logged on members over a series of website pages. At the same time, the online renewals processes were enhanced to enable members to easily check their car details on the LoRV as they renew.

That brings the history of the LoRV up to date, although as technology advances even further, we can be sure that the website and its LoRV will no doubt be improved upon again in the future. In the meantime, the current Registrar, Paul Scotten, along with the membership team will continue to maintain it, adding more Wolseleys as they are identified, and also adding more detail to existing Wolseleys already recorded. 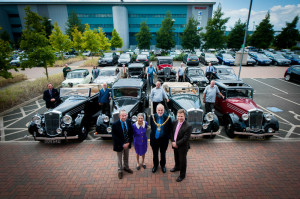